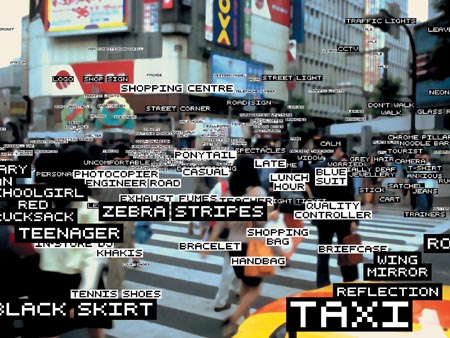 Regular readers of this blog have been evangelized about the pros of using technology in the city in building and promoting social consciousness through digital culture and the remarkable results for urban enhancing given by the discovery, development and full understanding of the digital layers by stakeholders, appealing to the central role to be played by the individual and collective members as prosumers at the connected city as an unavoidable premise of the deployment of the smart city.

The question is not only about the benefits of building a civic identity (the self-conscious proud belonging to a community) or displaying a shining digital image of the city but about gaining beneficial outcome from “CITYZENTRISM” (‘Civicentrismo’ in our original Spanish definition –  the citizen as the backbone of the smart city) wich implies the social consciousness and co-responsibility of citizens and stakeholders in the connected city by sharing purposes and civic projects spread by technology.

As open data continue to gain traction and urban challenges regarding the adoption of open data policies by the world’s local, regional and national governments are regularly launched in North America and Europe, the roadmap, strategies and tools for the advent of the smart city are considerably different between the countries and municipalities around the world. A basic search proves that, in general terms, North American efforts reward the spontaneous crowdsourcing contributions for city enhancing trough technology and Europe, far beneath from the American experiences is still looking a little bit institutional in its efforts and relying on public funding in speeding-up the processes of opening data and sharing policies.

The addition of open data, open innovation, crowdsourced talented proposals and tailor made projects for municipalities (including stimulating activities for social engagement in the smart city) is giving form to some of the most interesting experiences about social engagement trough technology in cities, empowering citizens to help the city work better, demonstrating the value of Open Data and Open Government, giving citizens tools and information to understand the larger context in which they live, allowing people to use their skills for civic good and sparking innovation and new business startups.

From the very beginning, and regarding the job of explaining the smart cities projects and encouraging social engagement in the sentient city, Hackhatons are proven to be of profit for cities and municipalities around the world, reinforcing the digital identity of the city and spreading the common understanding of connected territories, but most of the times, unfortunately, they end to huddle a bunch of geeks around a table, toiling away at code that may eventually win prizes–before it gets forgotten at the end of the event. 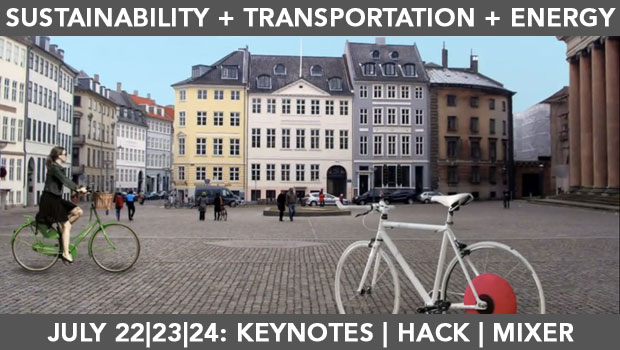 At the American side, a fair experience combining open data and technology is given by the Gray Area Foundation for the Arts (@GAFFTA), a San Francisco-based non-profit which brings together creative coders, data artists, designers, and makers to create experiments that build social consciousness through digital culture. According to the web ( http://gafta.org) GAFFTA is an American leading organization dedicated to furthering the use and advancement of creative technology for social good. In this capacity, they maintain relationships with the world’s top academic researchers, innovative corporations, visionary artists, and civic leaders.

GAFFTA explores the increasingly gray areas between art, technology, and society and their Research Program is designed to empower promising creative technology projects to reach their full potential, and to amplify the social, cultural, scientific, and technological impact of these projects as much as possible, and the organization goal is to be an arts organization that promotes action, a civic organization that innovates, and a technology organization that embodies creativity.

Some of their initiatives, being part of the Citycentered Festival (http://citycentered.org) – a Festival of Locative Media and Urban Community foster are developed with Arup, like TenderVoice / TenderNoise (TVTN) –a two-faceted web-based applied acoustic ecology and community journalism project that collects, maps and layers sound samples and noise data across the Tenderloin Quartier at SFO to highlight neighborhood services and amenities-, or the SENSEable Cities: Exploring Urban Futures, aretrospective of the work of the ubiquitous Senseable Citylab of the MIT (including a selection of the well-known projects Copenhagen Wheel, Obama One People or Trash Track) represent the potentials of the new world of pervasive computing and the possibilities of getting people involved in civic processes otherwise hidden to their knowledge.

Indeed, one of the GAFFTA last projects, poetically called “Summer of Smart” consisted on an intensive, tightly clustered series of events over 4 months that brought together artists, community activists, developers, urban planners, and more to work on projects that address San Francisco’s biggest issues.

Nearly two years after city leaders and the technology community came together to launch www.DataSF.org, the city’s one stop shop for government data, the four winning Summer of Smart teams presented on October 6 their projects to the city’s Mayoral candidates at a forum, marking the first time in political history that hackathon teams offered up their projects to candidates during the course of an election. It consisted on a rare opportunity to get face-to-face with all 16 mayoral candidates of San Francisco and hear them address the issues that citizens come face to face with every day. After co-hosting the first-ever mayoral forum on open government and technology in June 2011, with GovFresh and Change.org, INFORUM and GAFFTA teamed up to produce this final forum to cap off Summer of Smart‘s four months of urban innovation – building new, community-sourced solutions to pressing city issues, allowing the Summer of Smart’s contest winners present their own innovative ideas to the mayoral candidates on how to address some of San Francisco’s most important issues using technology, open data, and new ways of thinking about the city.

This forum marked the first time that potential community-sourced solutions for government were presented to candidates by citizens. This supports the Gov 2.0 / open government belief that civic engagement is a two-way street, and that the best solutions come from government and community members working hand-in-hand to build new ideas.Unfortunately, here in Spain (and in Europe in general), we are far from bringing together political candidates for a discussion on open government, civic engagement, technology and innovation, of for having them speaking important issues using technology, open data, and new ways of thinking about the city. Maybe it is time for a changing. 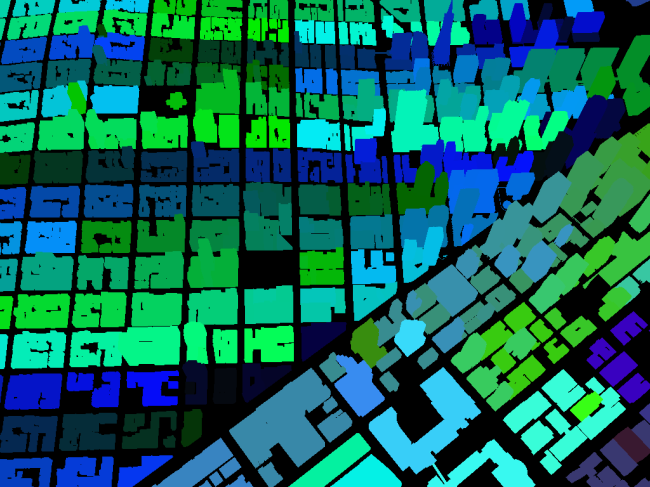 Last, but not least, Surrey (http://www.surrey.ca/city-services/10036.aspx), Edmonton (http://contest.apps4edmonton.ca/app) or Ottawa (http://apps4ottawa.ca/en/apps) all in Canada, are fostering own city hackhatons teaming up people for urban enhancing in developing build web-based apps, mobile apps, and mashups using the City’s freely available open data and published data sources, with remarkable results for the digital ID of the cities and increasing engagement of citizens.

What is interesting of this projects is the fact that its promoters are sharing the insights on how to organize and run a civic hackathon. Insights, tips and tricks from someone who is actually hands on with organizing a civic hackathon could be extremely valuable to other municipalities that want to hold similar events.

Despite of the last impulse given to urban IT deployment by the European Union, it is crystal clear that Europe is running slow in opening city data matters and collection of crowdsourcing fruits from citizens. Most of the European institutional projects regarding the smart cities deployment are co-funded by EU Programs, (in some way, lacking of agility) and stakeholders (public, firms and citizens) are still getting familiar with the smart city concept and fighting against some old ideological complexes, although the increasing number of Congresses and Meetings regarding the fact (see, for all, http://alicantesmartcities.com or http://fi-ppp.eu/smart_cities_2011).

However, a rising number of teams and projects oriented to the use of technology for social good of the city/citizens can be found across Europe, all of them sharing the goal of engage and connect the diverse community of cities with challenges and opportunities, and extract forward-thinking technological solutions with proven capacity to create positive change in cities. In that sense, some initiatives call our attention, especially regarding the creation of Living Labs.

A Living Lab is a real-life test and experimentation environment where users and producers co-create innovations. Living Labs have been characterised by the European Commission as Public-Private-People Partnerships (PPPP) for user-driven open innovation. A Living Lab (according to the official european definition) employs four main activities: Co-Creation (co-design by users and producers), Exploration (discovering emerging usages, behaviours and market opportunities), Experimentation (implementing live scenarios within communities of users) and Evaluation (assessment of concepts, products and services according to socio-ergonomic, socio-cognitive and socio-economic criteria).

The so-called European Network of Living Labs (ENoLL) (http://openlivinglabs.eu) is a collaboration of Public Private Partnership (PPP) where firms, public authorities and people work together with creating, prototyping, validating and testing new services, businesses, markets and technologies in real-life contexts, such as cities, city regions, rural areas and collaborative virtual networks between public and private players. The real-life and everyday life contexts will both stimulate and challenge research and development as public authorities and citizens will not only participate in, but also contribute to the whole innovation process.

Nowadays, more than 20 Living Labs are engaged to the ENoLL network across Europe as effective members and some of the most prestigious Business Schools like ESADE (its Institute for Innovation and Knowledge in Barcelona (Esteve Almirall) is deeply involved in that matters) are giving their support to the impulse of the old continent Living Labs experience. Other cities, like Alicante (Spain), impulse their own Living Lab, trying to engage people, institutions and companies in an stimulating project for that medium sized mediterranean city.

Apart from ENoLL’s, other programs like Apps for Finland (http://apps4finland.fi/fi) Gov2.0camp Vienna 2011 (http://barcamp.at/Gov2.0camp_Vienna_2011), or Open Data Roma Capitale (http://opendata.comune.roma.it); public-private experiences like Data Tuesday Paris (http://fr.amiando.com/KKMLXHX.html) or Barcelona Digital APPs (http://esp.bdigitalapps.com) prove than municipalities in Europe are in the good route to become smarter and open.

Far from that official channel, and as a kind of cityzentric free wheeling we can discover a most radical way of acting and doing the sentient and smart city. From the actions signed by the Youtubist Max Cornelisse to the smart mobs in unexpected moments and places, a lot of doers are (de-)constructing the languages and explanations of the smart city, in a free move amongst the layers of the digital city.

Pilot projects like Hacking the City (http://hacking-the-city.org/start) and other  experiences due to the authorship of Fabrique / Hacktion, Place Hacking or Hackitectura teams transit from pure rebellion to DOY urbanism or smart city hacking, suggesting, by using technology or forcing the use of the existent one, what lies beneath the subtle nuances of the perceived city, which is, of course, an interesting form of participation and engagement in the city and a radical form of using technology in urban speces, and building and promoting social consciousness through digital culture. Moreover, that free urban hackers promote the use of public spaces and common assets from an innovative vision linked to technology, media and art, shaking the urbanites with their interesting proposals. 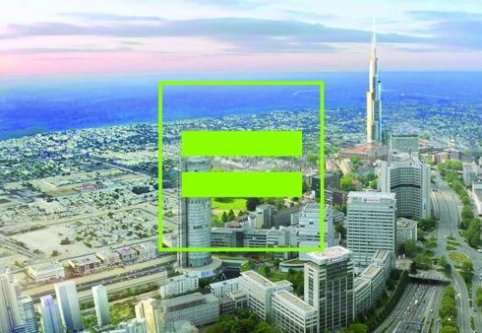 32 respuestas para “ON CITYZENTRISM: THINKERS AND DOERS AMONG THE DIGITAL LAYERS OF THE SENTIENT CITY. FROM LIVING LABS TO HACKHATONS AND CITY HACKERS.-”